Performances are outstanding throughout. The voices are fresh and responsive, and Lukás Vasilek once again proves that he is a true master of choral conducting.

The Martinů Voices vocal ensemble was founded in 2010. While its main artistic focus has been on top-quality interpretation of chamber choral works encompassing the time span from the 19th – 21st centuries, the choir´s repertoire also includes compositions from the Renaissance, Baroque and Classical periods. The ensemble is made up of professional singers working under the direction of conductor Lukáš Vasilek.

The Martinů Voices appear regularly at the Czech Republic´s major music festivals including the Prague Spring, Dvořák Prague Festival, Strings of Autumn, Saint Wenceslas Music Fest, or Lípa Musica, among others. Apart from its own concert programmes which constitute the core of its creative endeavour, the choir has likewise been involved in a number of joint projects with this country´s orchestras and conductors. In 2014 it joined the Czech Philharmonic Orchestra and its principal conductor, the late Jiří Bělohlávek, in a production of Bohuslav Martinů´s opera Čím žijí lidé (“What Men Live by”). This particular collaboration earned them among other accolades a nomination for the prestigious International Opera Award (2015). Another major achievement for the Martinů Voices was their concert appearance alongside the prominent British ensemble, the Tallis Scholars, at the Dvořák Prague Festival in 2016. In the following year the choir joined forces with the Bang on a Can All Stars ensemble in the Czech premiere of the cantata Anthracite Fields by American composer Julia Wolfe (Strings of Autumn festival).

The art of the Martinů Voices has been documented by several CD albums including most notably recordings of choral works by Jan Novák and Bohuslav Martinů, released by Supraphon in 2014 and 2018, respectively. The choir´s album with Bohuslav Martinů´s chamber choral cycles figures in the Editor´s Choice in the March 2018 issue of the prestigious British magazine Gramophone.

Lukáš Vasilek studied conducting at the Academy of Music and Drama in Prague, and musicology at the Faculty of Arts, Charles University in Prague. For eleven seasons from 1998 he was choirmaster of the Foerster Female Chamber Choir, and between 2005 and 2007 simultaneously also second choirmaster of the Prague National Theatre opera chorus.

In 2007 he was appointed principal conductor of the Prague Philharmonic Choir (PPC). Apart from studying and conducting the choir´s own concert productions, he has been preparing the ensemble for participation in larger-scale cantata, oratorio and opera projects, working with leading international conductors (Barenboim, Bělohlávek, Eschenbach, Honeck, Hrůša, Jordan, Luisi, Mehta or Rattle, among others) and orchestras (including the Berliner Philharmoniker, Czech Philharmonic, Israel Philharmonic, Staatskapelle Dresden or Wiener Symphoniker). Since 2010 the PPC under his direction has guest appeared regularly at the opera festival in Bregenz, Austria. Lukáš Vasilek is signed under numerous recordings made by the PPC for various major labels, including Decca, Deutsche Grammophon, Sony Classical and Supraphon.

In 2010 Lukáš Vasilek formed the Martinů Voices vocal ensemble whose repertoire he has focused primarily on choral music encompassing the time span between the 19th and 21st centuries. He has taken the Martinů Voices to the Czech Republic´s major music festivals, as well as preparing the choir for work with leading Czech orchestras and conductors. Figuring prominently among his recordings with the Martinů Voices are albums of choral works by Jan Novák and Bohuslav Martinů (Supraphon, 2014 and 2018, respectively). Apart from pursuing his career as a choirmaster, Lukáš Vasilek devotes part of his time to occasional commitments as an orchestra conductor. 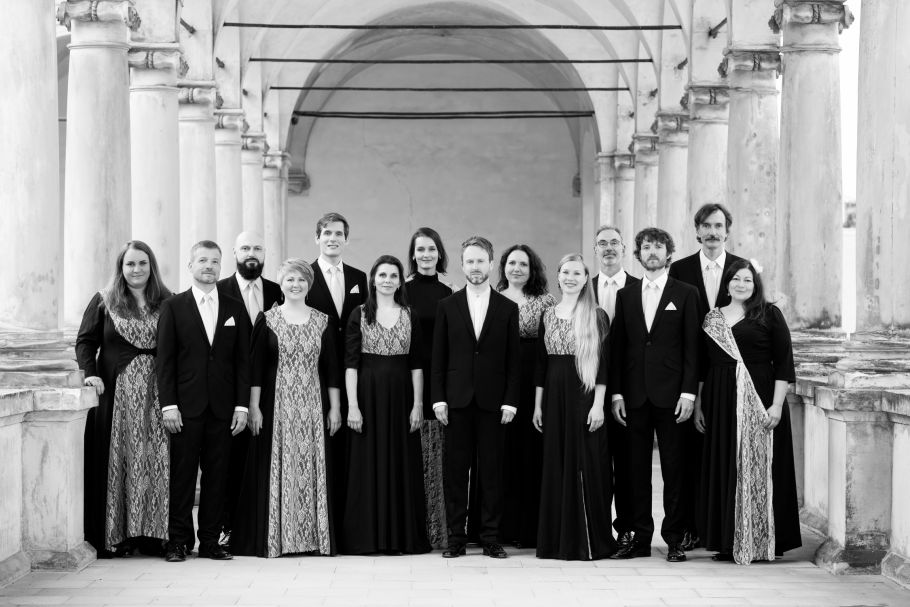